We, the members of Avant- Garde Mozilla Club, host a Maker Party recently in Bangalore with kids from 5th and 6th grade

The party was planned in two sessions

Here is the planning doc for the event 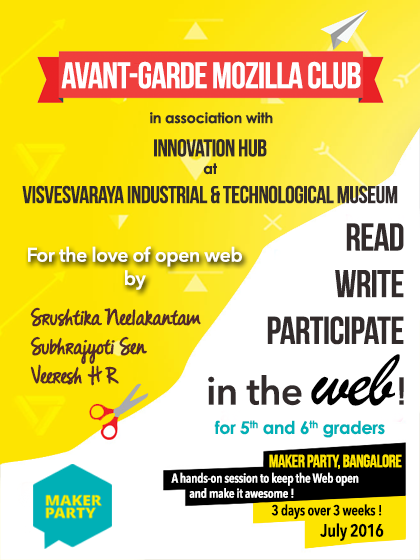 Since kids of all ages (even grown ups) play video games, we figured that it would be an ideal topic for an ice-breaker session. So we asked the kids to interact with each other and find out who plays the same games as them. The person to tell the most name wins a swag. This really raised the energy in the room. 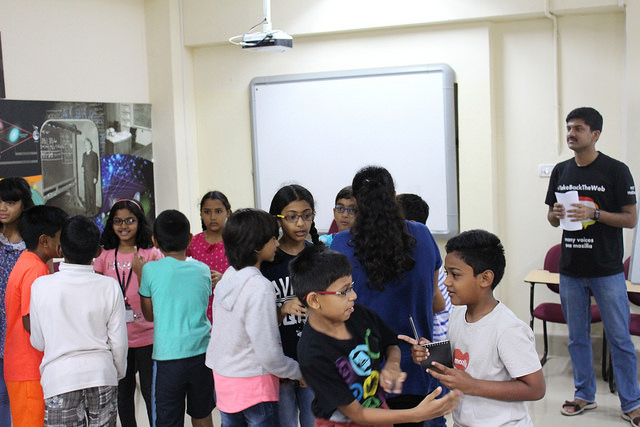 Next up, Srushtika asked a really important and interesting question, “What is the Internet?”. We received a wide variety of replies, each correct in their own way. Later, she combined all the answers together and gave them a proper simplified definition.

After everyone understood what the Internet is, she started explaining the concepts of ‘Sender’, ‘Receiver’ and ‘Server’. She used the example of a person trying to send a copy of a big game to his friend who lives in a different country. A carton box was compared to a server providing the space to store the game. They understood the concept pretty well. 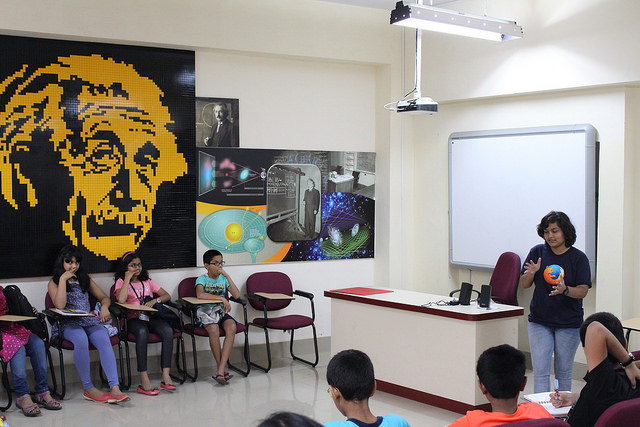 Next, it was the storytelling session by me. I told them a story involving the characters from the famous cartoon series “Doraemon” ! It involved one of the characters (Nobita) wanting to send a message to another character (Suzuka). But, a negative character (Jian) was to stop the message from being sent and tried to see whats inside the message. We asked the kids to volunteer to enact this particular scene. They had fun and had a little chase sequence too 😉 Using this we explained the terms, “Security” and “Encryption”. They very much understood them very accurately. 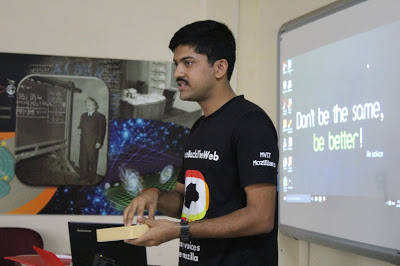 The next activity was the most liked by the kids. (End with a bang, strategy ? 😉 ) We explained the concept of packets in a network with a very interactive hands on activity. Veeresh started off by explaining them a little about it and he showed them this video. Further, we made a path using a marker on the tiles floor of the hall, including a number of hops, leading to various servers (kept as carton boxes). Here’s a picture: 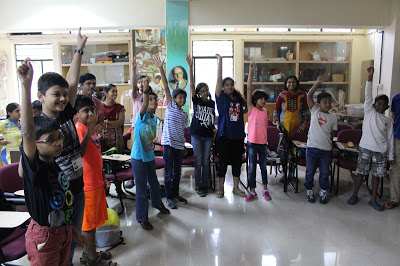 The kids were a very lively bunch ready to grasp whatever comes their way. Veeresh continued with a brief discussion on IP addresses with reference to the contact numbers and the names saved against each number in the phone-book of the mobiles. It was an easy catch.

We then, gave them an assignment for the next session. After explain the correlation of a webpage with the web, we asked them to draw a plain drawing of their dream website and promised them to develop the best among those in the subsequent session!