It all started with the vision of keeping the Web Open. But as with any other such awesome thing, the Web too comes under threat from time to time. Such a threat was the issue of ‘Tiered Network Access‘ in India. What this threat made me realize is the importance of advocacy and spreading awareness but an Open Web. So when I heard that there was going to be a workshop on the same, I just had to attend it. Plus it was at the Mozilla Community Space in Bangalore (could it get any cooler?) 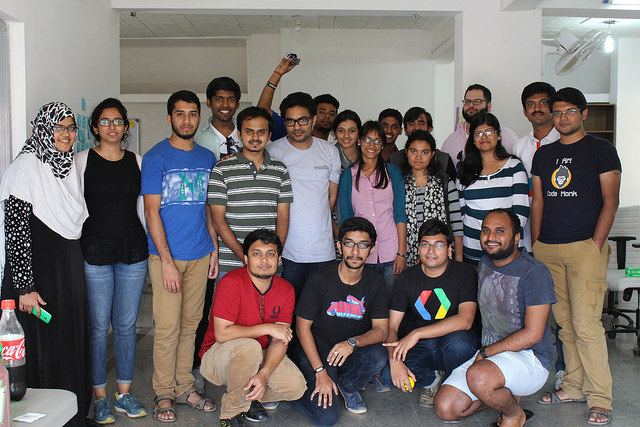 The event was kicked off with Anivar giving us a brief of what Advocacy task force has been upto since last year and how it contributed to the victory of Net Neutrality in India. We were joined by Sara Hagdoosti and Jochai Ben-Avi from Mozilla who briefed us about what Mozilla had planned for India and how Mozilla itself contributed to Net Neutrality victory.

Later on, Abhiram joined in and gave us a nice presentation on what happened at the Leadership Summit, Singapore and also shared his experience and what he learnt there. As a part of his presentation, he mentioned the tracks which we could use to approach Advocacy properly. We were then divided into 3 teams and each team had to brainstorm on how we can go about the tracks mentioned. By the end of the session, we had almost a wall full of sticky notes. I don’t think any of us ever thought we could come up with so many ideas or rather approaches so fast. And then came the food…. well I won’t say much about it. But just that it was awesome. It was nice time to talk to new people and network too. Learnt a lot about different people got involved with Mozilla and the open source movement. After lunch, Srushtika spoke on how the ideas that we discussed can be implemented in our college campus and what issues we might face. Sara and Jochai were really supportive and brought up some interesting queries. They were really welcome to suggestions and criticism. At the end of the day, it was really an amazing and informative experience. Got a chance to meet some awesome Mozillians and catch up with a few past acquaintances. And we got T-shirts too.